Katy + Andrew’s engagement shoot so sweet! You can totally see the flirtation between these two, just like they were on a first date. <3 They had their shoot at the beautiful campus of UGA with our fantastic photographers, Chad + Tina. But, before we continue, lets here a little bit about K + A’s proposal:

“Our proposal story is the best ever! He proposed to me in front of the arch in downtown Athens. If anyone knows UGA history or is as big of a football fan as we are knows the significance. A shortened version is that we had gone to dinner at our favorite place and had gotten our favorite dessert before meeting up with our friends. We took a “detour” as he called it to get to them. That detour took us by north campus past the arch. As we got closer he mentioned that he hadn’t walked under it since graduation so of course I encouraged him to go ahead. As I turned to look at him, he knelt down in front of the UGA arch and proposed. All I could hear were screams coming from across the street, he had gotten all of our closest friends and my family to come down to watch the whole thing. One of my friends was even hiding in the bushes behind us. It was the best night! I did not cry rather I did a happy dance which some of our friends recorded from a nearby window. After five years any girl would jump for joy and in my case I danced :)”

Obviously, after hearing that proposal story, you know why they wanted to have their engagement session under the arch at UGA!  We just can’t get enough of these two and many of us here at OLAS LOVE UGA, so we believe it’s a perfect match! 😉 Congrats!! 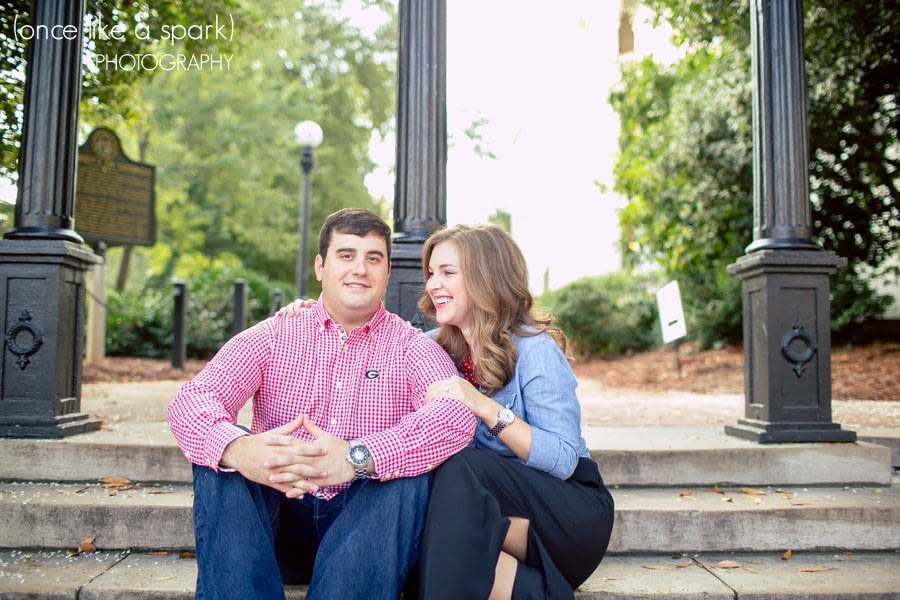 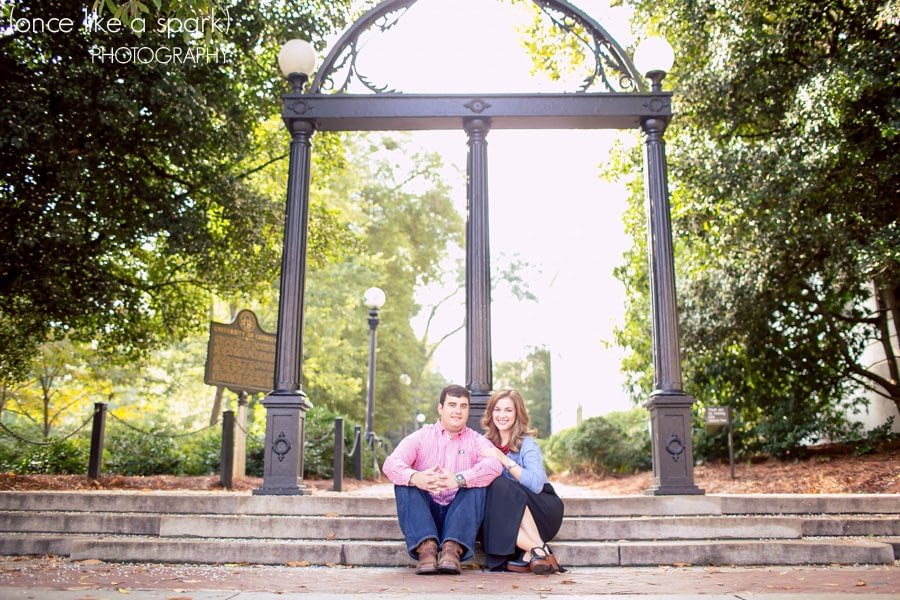 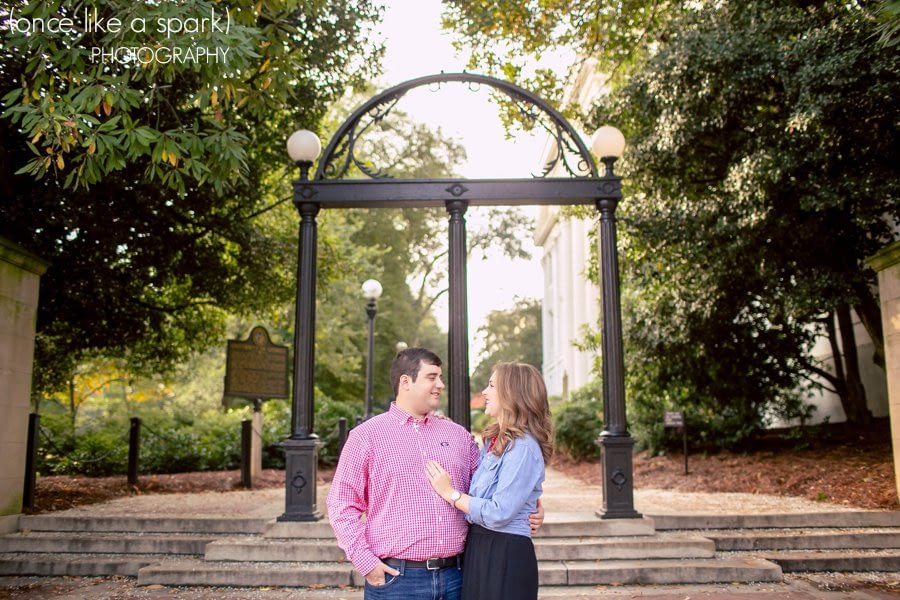 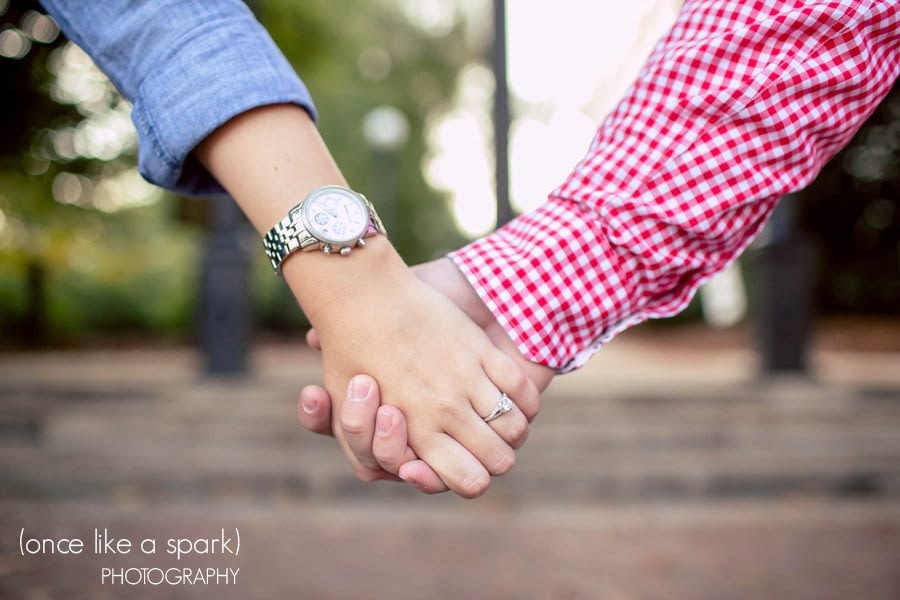 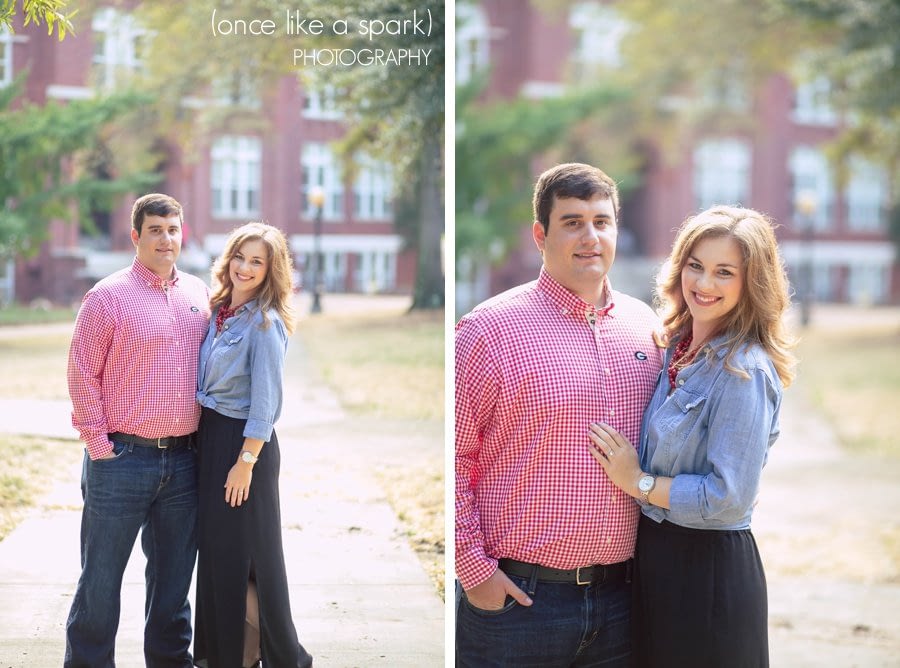 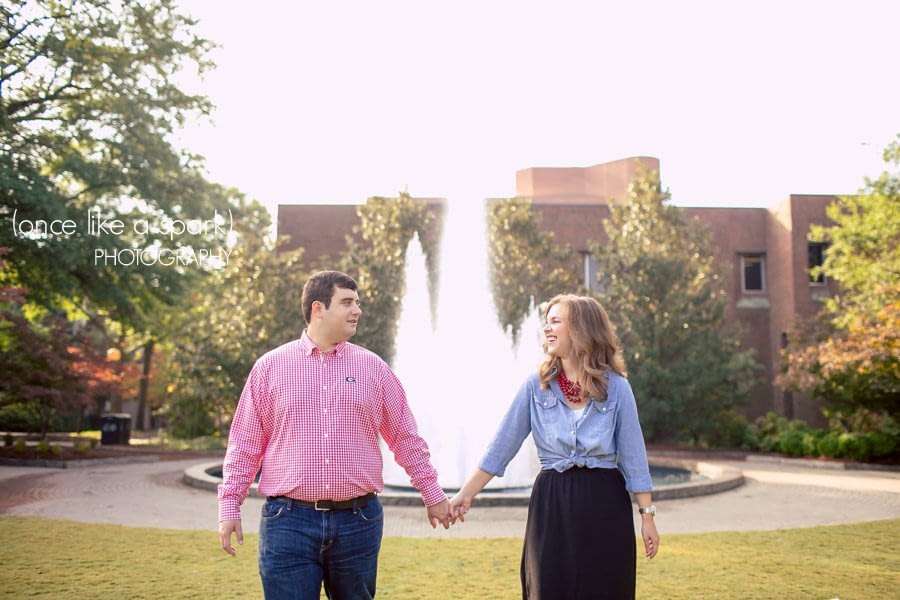 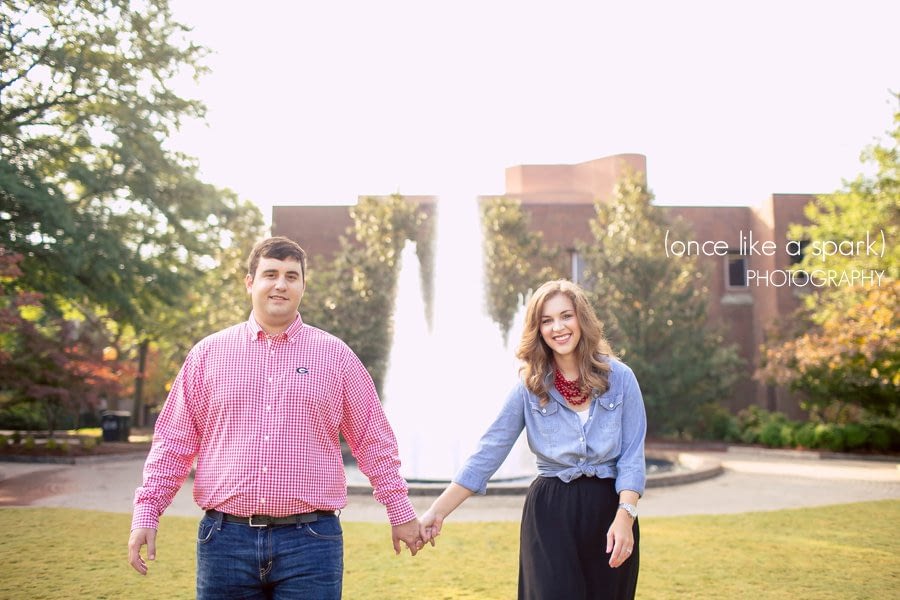 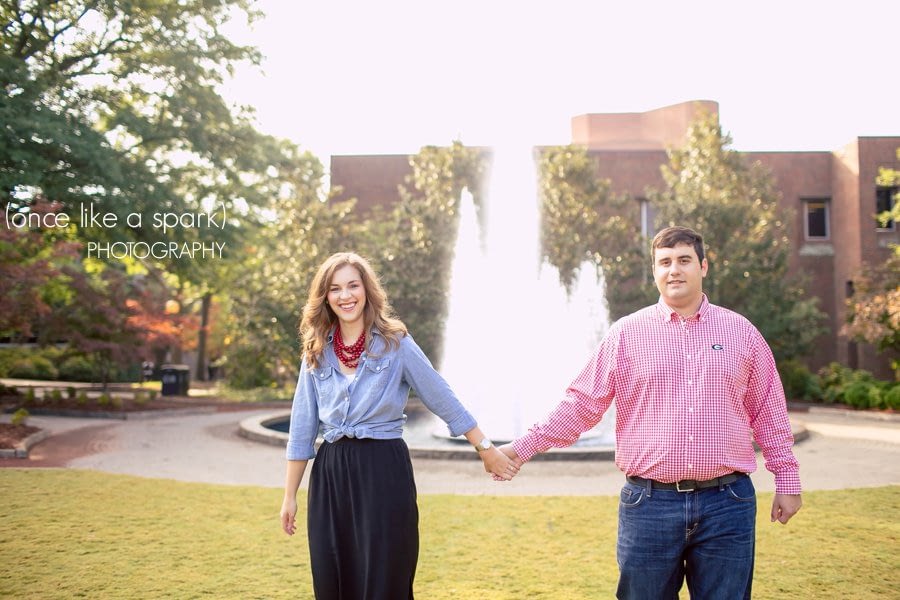 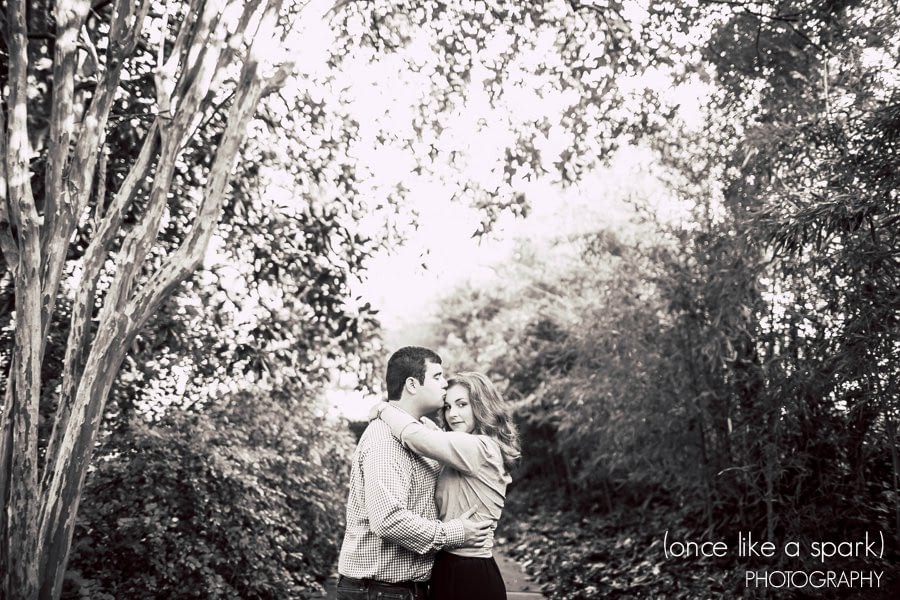 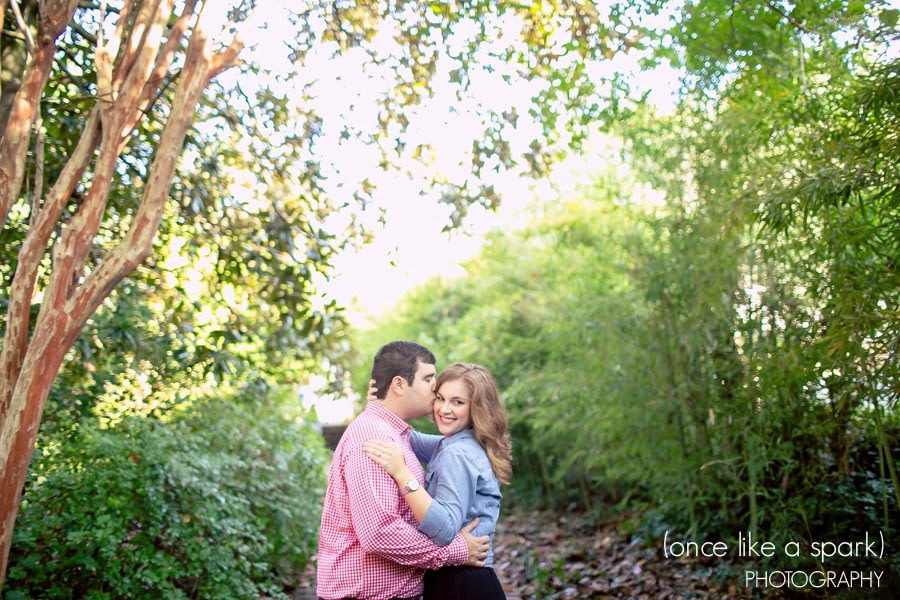 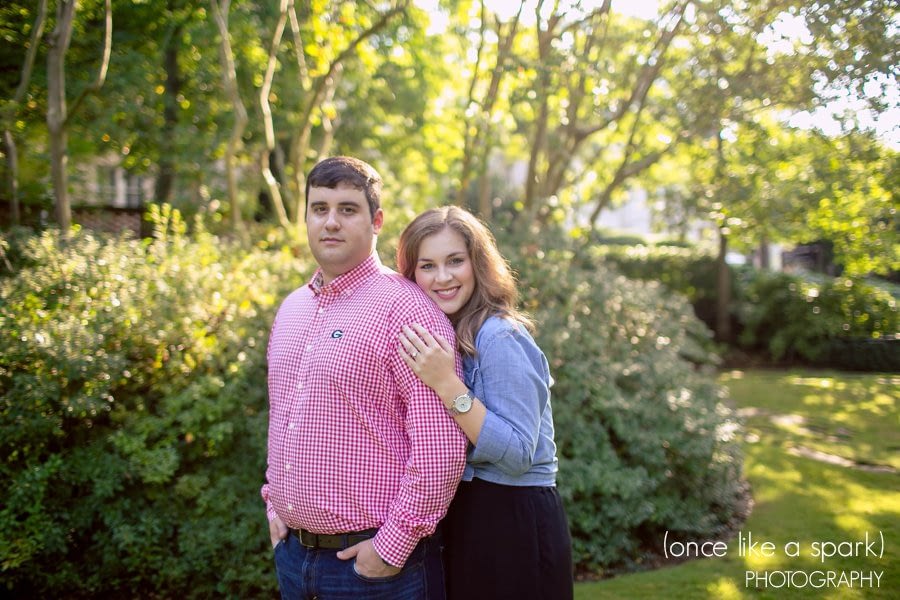 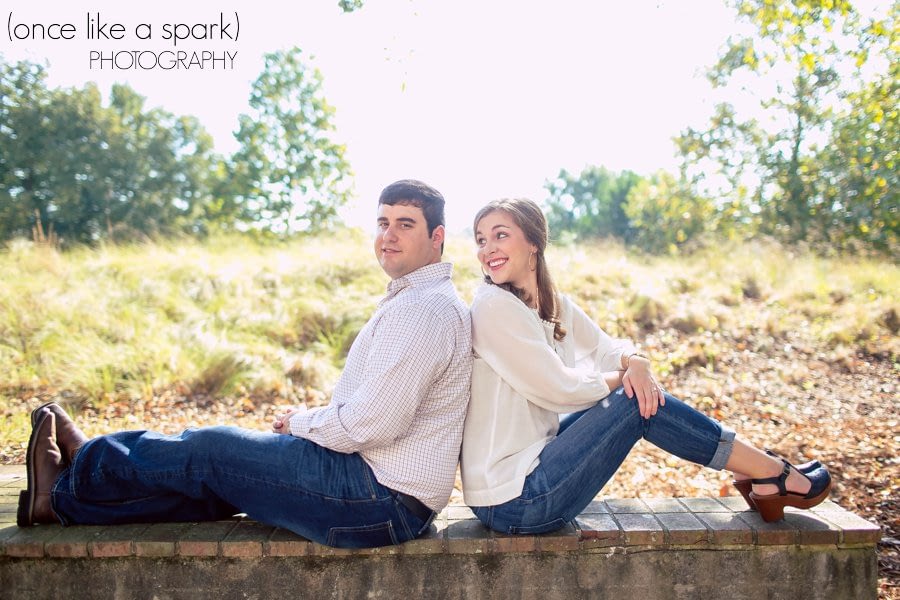 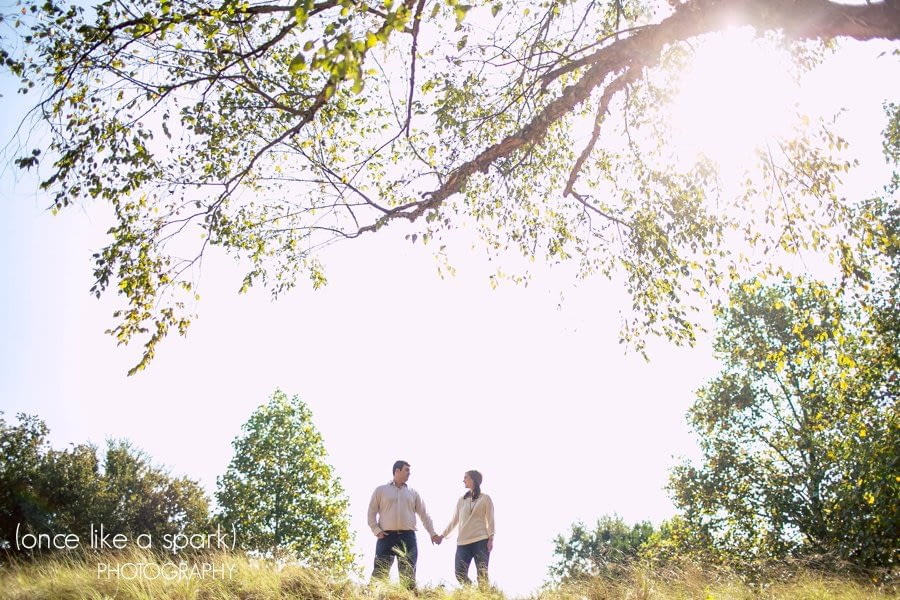 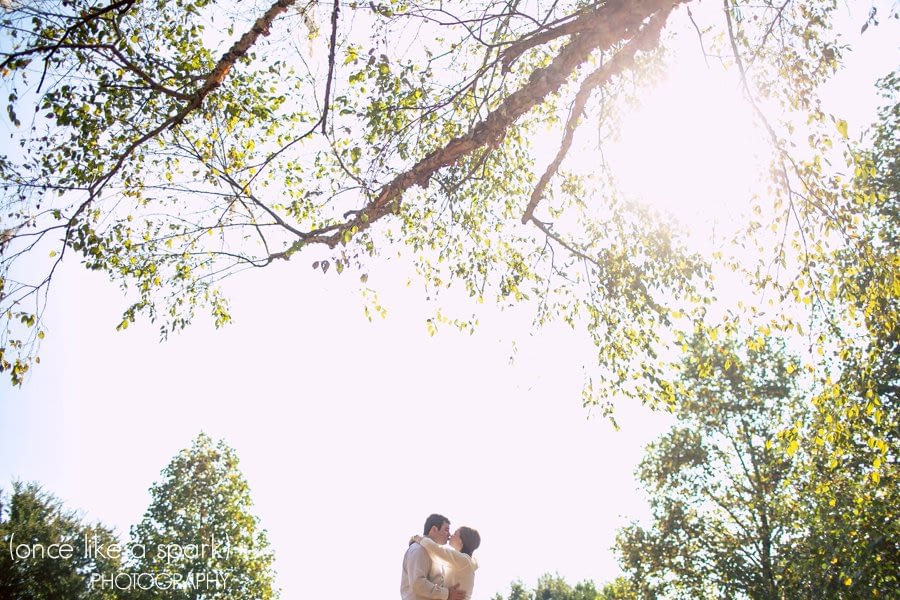 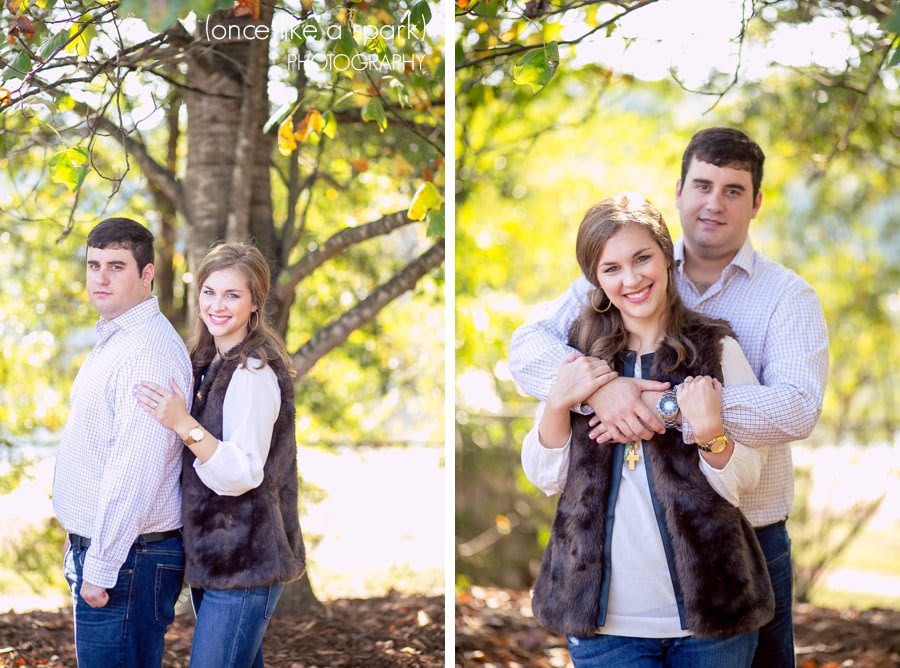 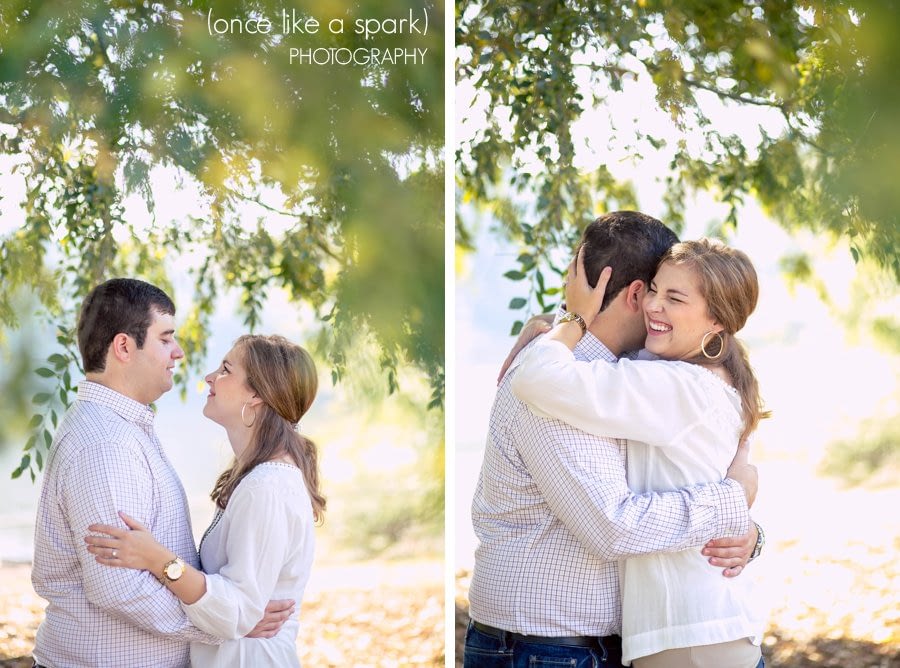 © 2020 Once Like a Spark Photography, LLC. ALL RIGHTS RESERVED. No images may be reproduced without the express permission of Once Like A Spark|ProPhoto Website|DESIGN BY RED MET YELLOW