Tiffany + Austin’s love story begins at Georgia Tech, where they were both studying to become structural engineers.  Obviously the classes were quite difficult, but that was ok because it just lead to lots and lots of “group study time” (a.k.a. Tiffany + Austin time!).  After many months of studying together, a sorority formal, and a few “non-date” lunch dates, Austin finally got up the courage to ask Tiffany on a real one!  Then a few years later… it was time for another, even more important question (told in their very own words below):

“We were walking through Falls Park on Reedy River in Greenville, in the sudden snow flurries, he turned to me and said ‘you know, I think this would be a great place to get engaged’ (like a boss). I might have ruined the mood (or redirected with humor, as I like to say) with my romantic response, ‘Are you screwing with me right now? Because if so, not funny!’ But he wasn’t joking. He got down on one knee, quoted some scripture from Proverbs, told me how much he loved me, and asked me to marry him. Of course I said YES!! Like the true fairy tale that it was, the snow stopped minutes after he proposed and the clouds parted and the sun came out in time for us to get a few pictures there by the river, on top of those old stone foundation ruins. It was PERFECT.”

Don’t you adore these two?  Just wait until you check out the photos of their Atlanta engagement session below (our SE photog Christine absolutely killed it).  So.much.joy!  xoxo! 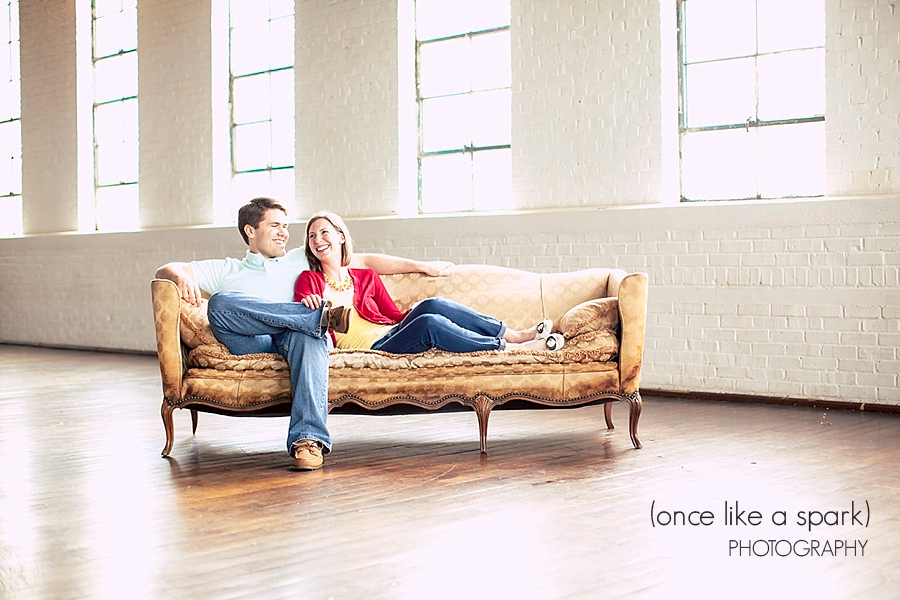 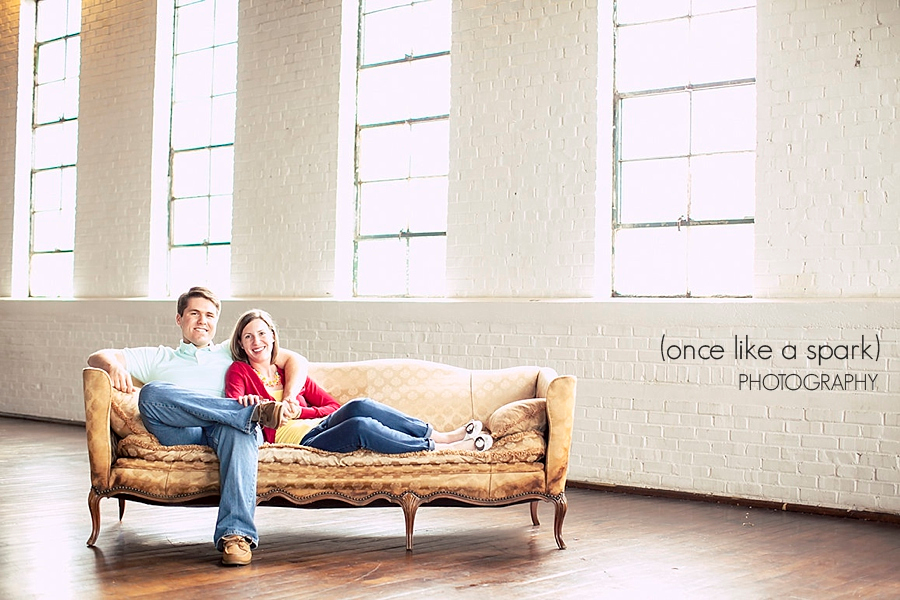 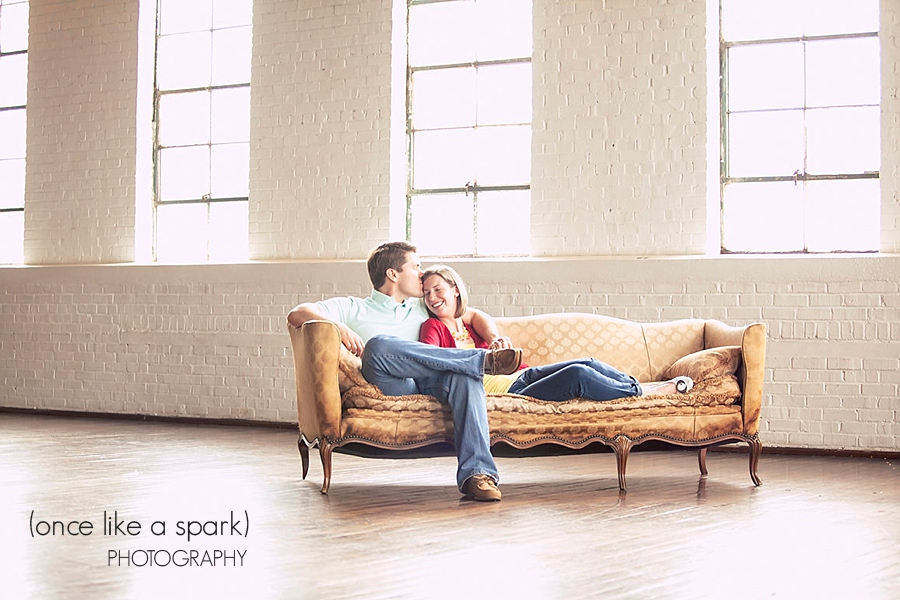 © 2021 Once Like a Spark Photography, LLC. ALL RIGHTS RESERVED. No images may be reproduced without the express permission of Once Like A Spark|ProPhoto Photography Blog|DESIGN BY RED MET YELLOW