It’s not too often (or, ever!) that you hear of a couple who got engaged via a video game proposal, but the adorable Katie + Alec did, and the story is AWESOME! Here it is, in Katie’s words:

I REALLY wanted to proposal to be a surprise, and was so worried I would know when it was coming since we had talked about the reality of getting married. On a Wednesday night in May, Alec came over after he got off work (like usual) and we ate dinner (like usual)… After dinner, I suggested we play some Mario on the wii (we play Mario a lot since with his work and school schedule, we don’t get to see each other much when it’s light out!). He agreed and we started playing (like usual!). It was 10:30 at night, and I was on the couch in PJs and wet hair.

After a little bit of playing, I pushed a button in the game that should have brought up special coins… it did, but not the usual coins. The coins that came up on the TV screen spelled out “Katie will you marry me?” I have NEVER been so shocked in my life! Hahaha! I requested a surprise and he gave me what I wanted! He is AWESOME at surprises, which is great because I love to be surprised!! He couldn’t even talk for the first few minutes to propose because I couldn’t stop laughing and yelling “Are you serious?! Is this real?!” He finally got a few sweet words in and got the ring on my finger 🙂 I never would have thought a video game proposal could be romantic, but it totally was! All of the time and thought he put into reprogramming the game and proposing through an activity that we enjoy together was so sweet, creative, and personal!

We are so excited to be shooting Katie + Alec’s wedding in November  at the beautiful Spring Lake Events, and we are also excited to share with you these knockout photos from their recent engagement session. Our Southeast photographer Paige met up with the lovebirds to work her magic, and we LOVE the results! From the stunningly beautiful and ethereal shots in the meadow, to the laughter-filled photos in the woods, to the funky urban setting (bookstore included!), we are enamored with the variety from the shoot. (Also, check out Katie’s witty “Smart Alec” sweatshirt…get it??) 🙂 K + A, thanks for letting us capture the love and laughter between the two of you, and we cannot wait for your big day!! 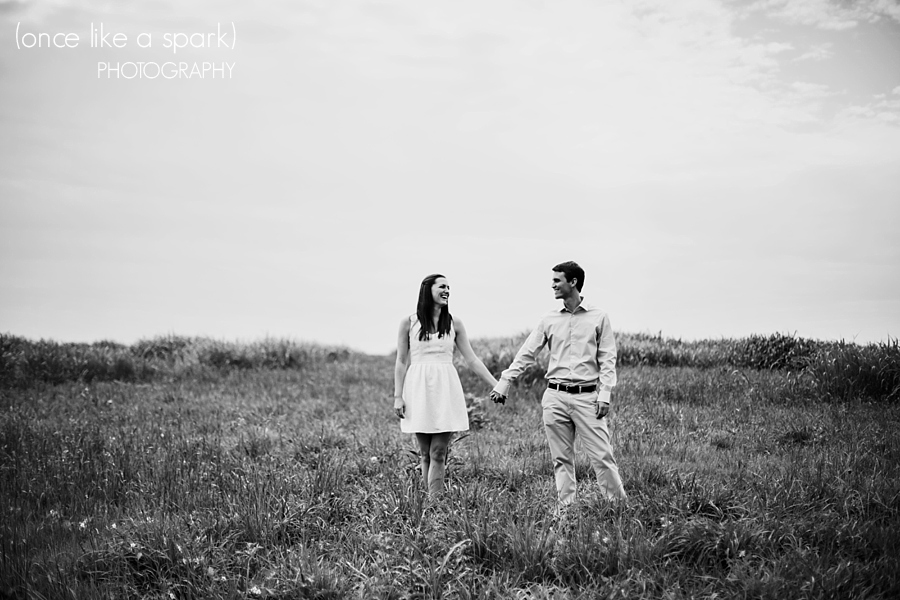 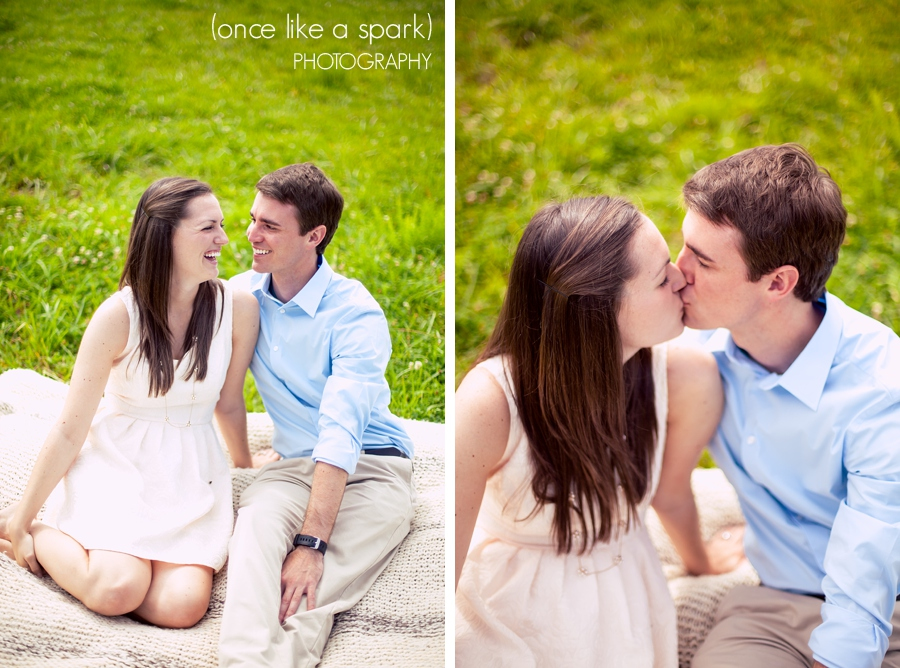 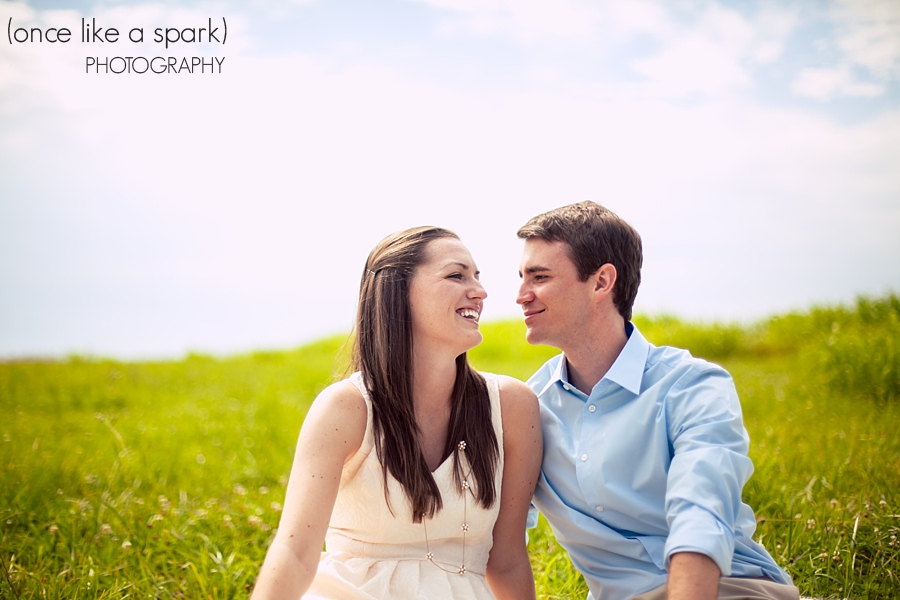 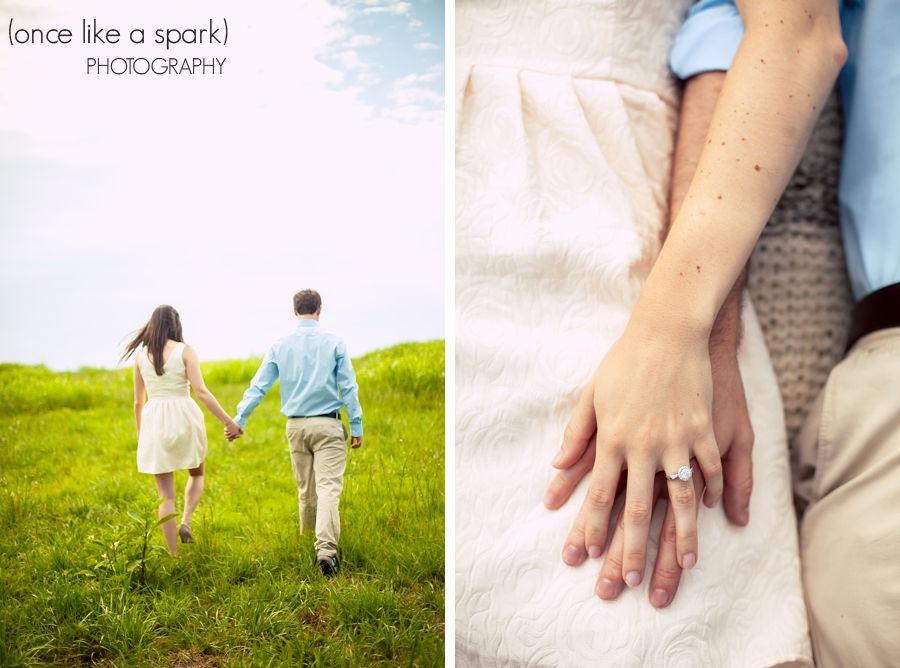 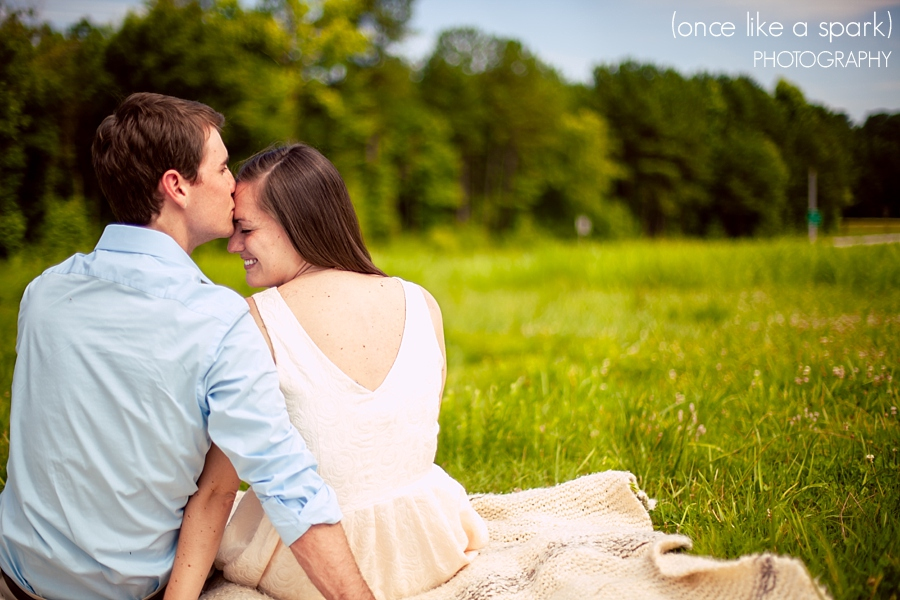 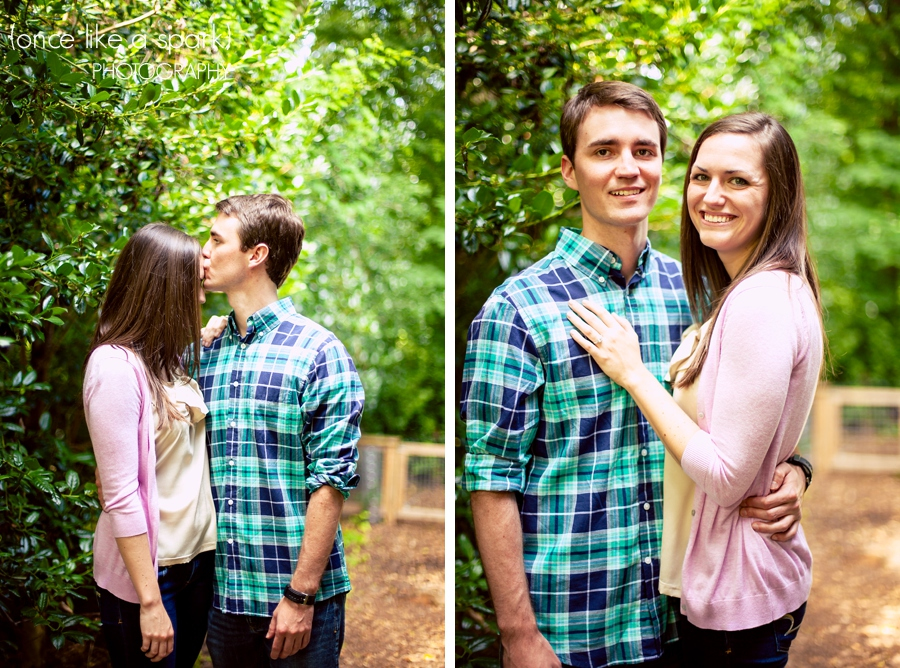 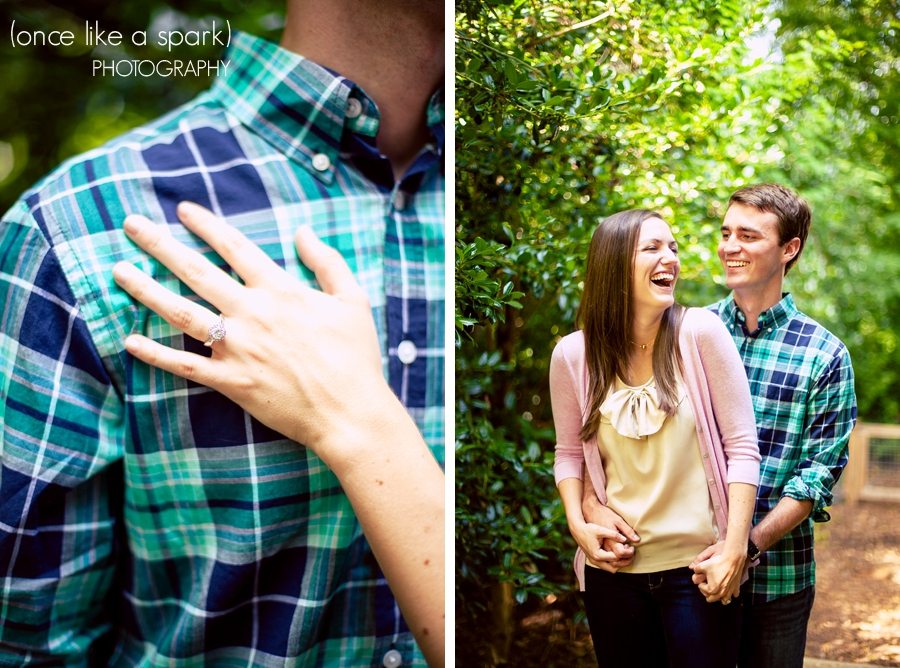 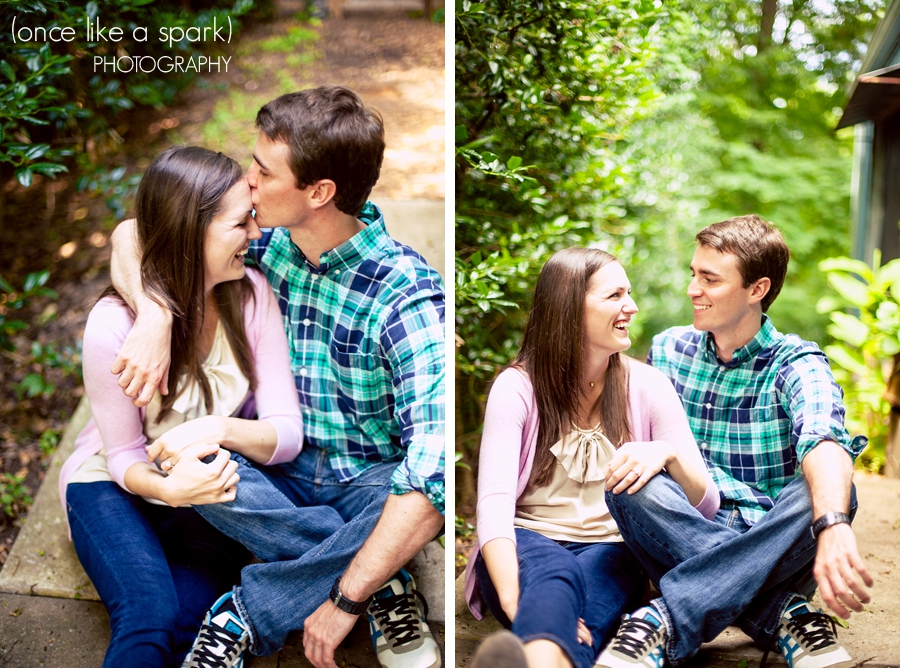 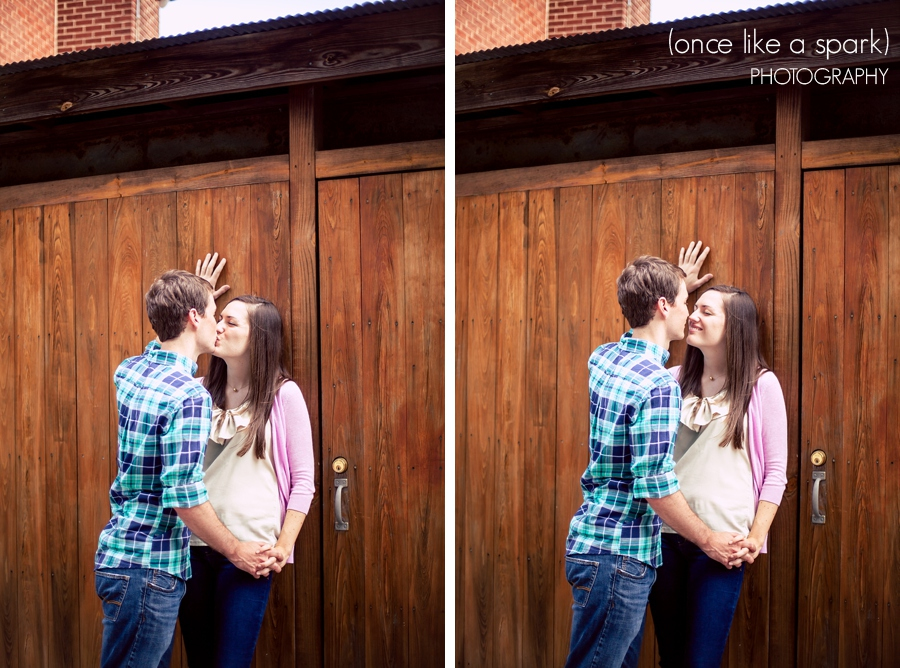 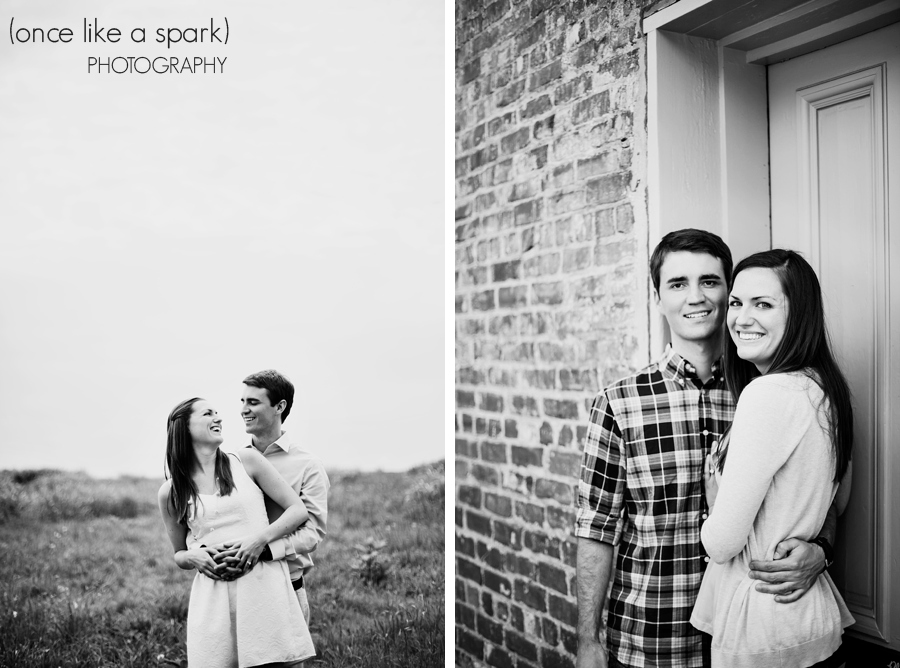 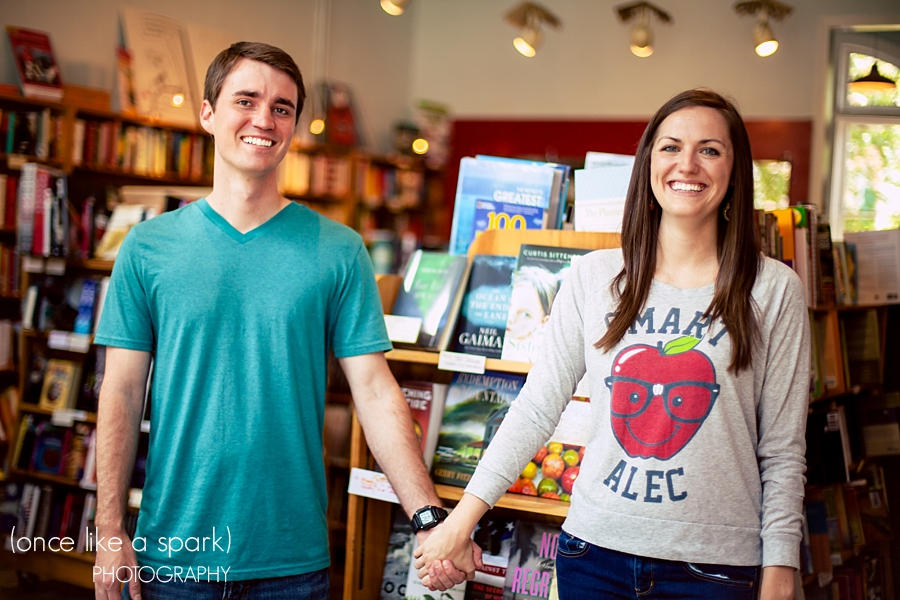 © 2021 Once Like a Spark Photography, LLC. ALL RIGHTS RESERVED. No images may be reproduced without the express permission of Once Like A Spark|ProPhoto Photographer Site|DESIGN BY RED MET YELLOW